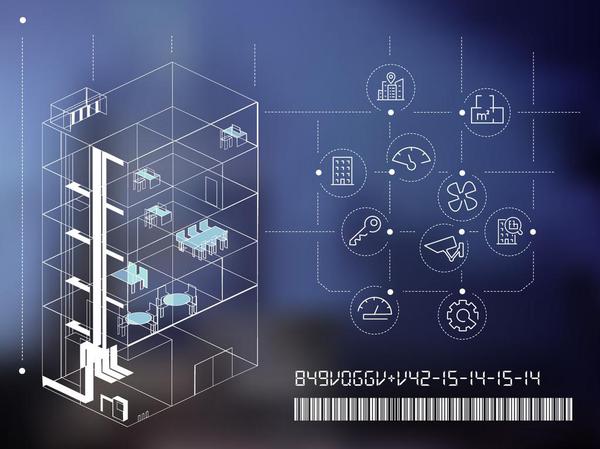 X Marks the Spot; So Does UBID | PNNL

Computerized maps and their multiple features are a marvel. They’ll get you from point A to point B. They’ll even get you to points C and D and to places in between while suggesting the best neighborhood shops for coffee, pizza, and office supplies. But they’re not perfect. Not by a long shot. For a sophisticated subset of map users, shortcomings lurk beneath the surface. Precision-minded users are flummoxed by maps showing buildings that lack accurate addresses. Or maybe they show an accurate 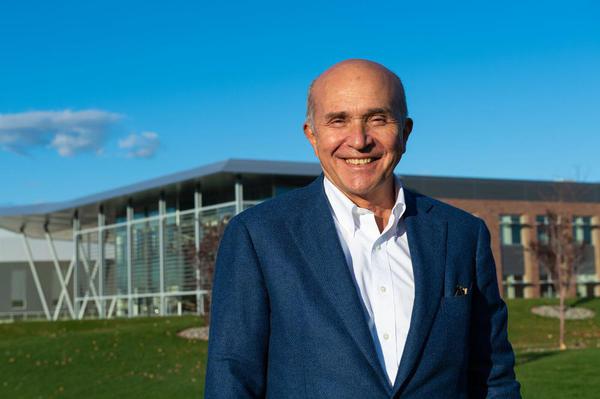 The dissection of a frog doesn’t have much in common with catalysis, but an aspiring young scientist has to start somewhere. A reflective Johannes Lercher marked that high school frog experiment as his starting point in biology and chemistry. Both had to compete with writing for his career ambitions. That, as well as tennis and skiing. He excelled at them all. “I was always quite broadly interested,” said Lercher. Science won. Today, the Battelle Fellow and director of the Institute for Integ 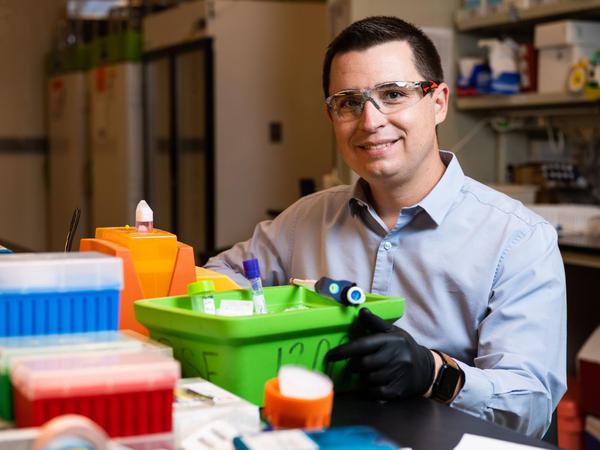 RICHLAND, Wash.—Researchers have compiled the most comprehensive road map of the protein composition of human lungs, providing a clearer picture of the healthy development of this essential organ that made terrestrial life possible. The study, led by scientists at the Department of Energy’s Pacific Northwest National Laboratory, describes how thousands of molecules are modulated in a coordinated fashion during the formation of pulmonary tissue. The findings are expected to provide a gateway for 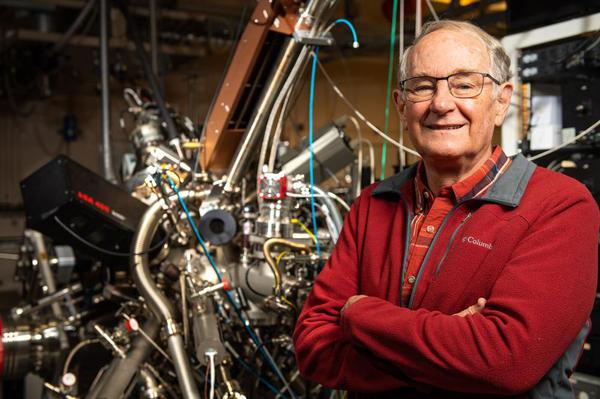 Scott Chambers Searches for New Materials, One Atomic Layer at a Time | PNNL

Scott Chambers grew up in San Diego, but he was destined for the Pacific Northwest. Pacific Northwest National Laboratory (PNNL) helped determine where he’d set down roots. His youthful search for a graduate degree program in chemistry, however, had a lot to do with setting the course. With a bachelor’s degree in chemistry and chemical physics from the University of California at San Diego, Chambers had several graduate school options. A couple of distinguished universities had shown interest. 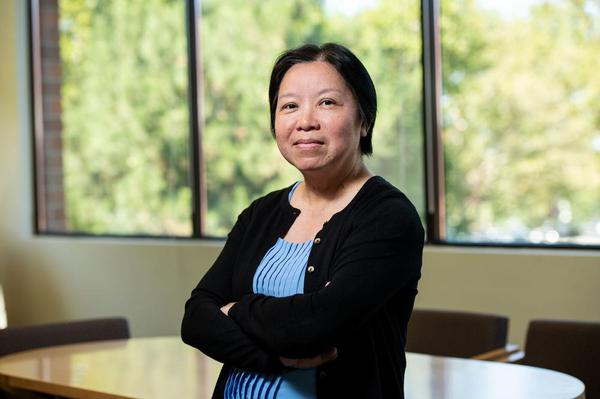 Ruby Leung likes to ask questions. That started at her high school in Hong Kong, where she also became interested in science. “I was one of those kids in science who always was curious. And then you can find the answers,” said Leung, an atmospheric scientist at Pacific Northwest National Laboratory (PNNL) in Richland, Washington. “Of course, after you answer one question, then you have the next question. It’s a quest. A quest for thinking deeper and trying to get to the truth.” Leung’s quest h 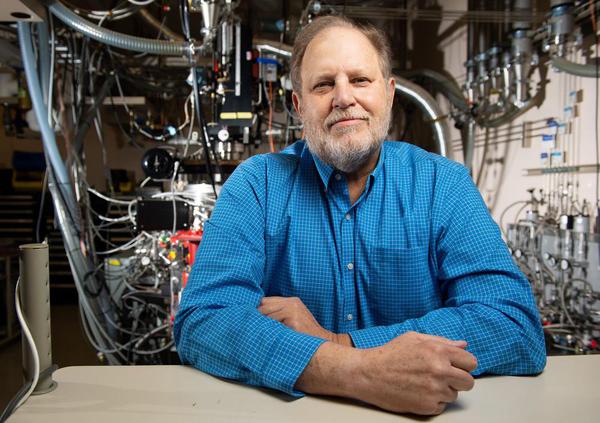 Well, This Is Cool: PNNL’s Bruce Kay Is A Supercooled Water Expert | PNNL

Bruce Kay maneuvers carefully through an equipment-filled laboratory, glancing at tubes, wires, and various instruments while heading to his destination. The physicist stops in the middle of the lab, at the stainless steel vessel with windows bolted to hold vacuum that has been at the center of his attention for years. It’s a molecular beam surface scattering instrument. This device and two others in the room have been Kay’s research partners for about three decades, resulting in numerous stud 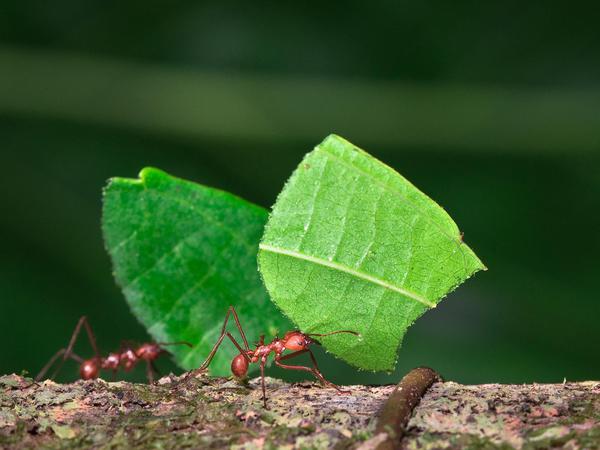 Discerning leaf-cutter ants know what food they like to eat. They turn up their scent-detecting antennae at some plant material in soils in favor of others that fungus has degraded just the way they like it. That’s partly because the ants helped cultivate the fungi and, in true farmer-like fashion, they know where the fungus holds its nutrients. In an ongoing study, Pacific Northwest National Laboratory (PNNL) researchers are forming a clearer picture of how plant matter is transformed in the m 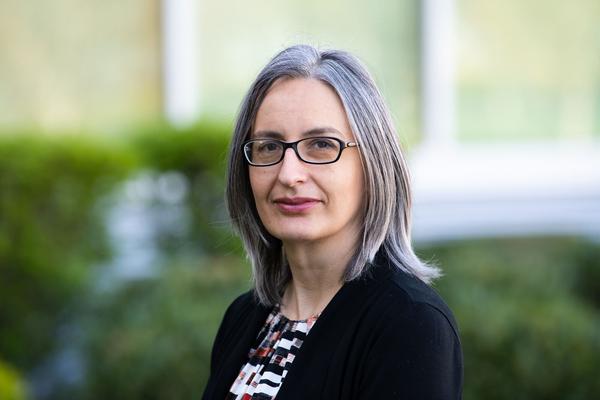 Worldly Experience Is a Catalyst for Change | PNNL

Perhaps witnessing the political disintegration of Eastern Europe can do that to a person. Ginovska was in her early teens when her native Yugoslavia ceased to exist. It was a two-year process, but by 1992 she and her family were citizens not of Yugoslavia but of Macedonia. “A series of major political events served as the catalyst for exacerbating inherent tensions in the Yugoslav republic,” says The Breakup of Yugoslavia, 1990–1992, published by the U.S. State Department’s Office of the Hist 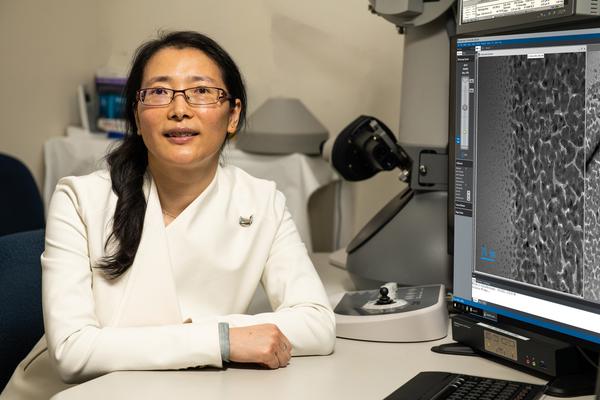 A Keen Eye Behind the Microscope | PNNL

The experiment was not going well, as experiments often do. Li thought of options and alternate approaches to troubleshoot the experiment, unraveling at Pacific Northwest National Laboratory (PNNL). She thought critically, and headed to another building to try different preparation steps. Was the experiment back on track lickety-split? No. But it found its course over time. Li made sure of it. She displayed the skill, experience, perseverance, and mental agility that have characterized her wor 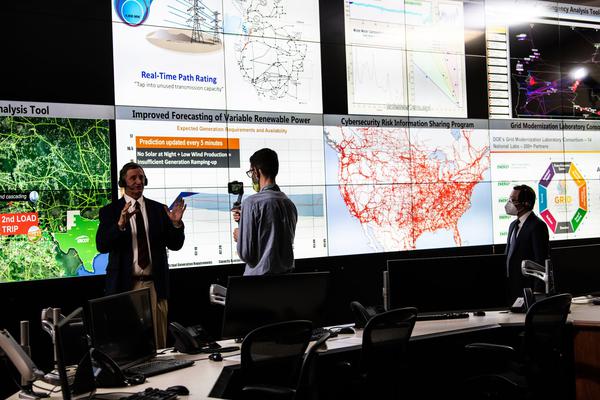 U.S. Secretary of Energy Jennifer M. Granholm virtually visited Pacific Northwest National Laboratory (PNNL) Monday, May 24, where she met with leading scientists, toured lab facilities, and learned about research efforts. Granholm, the former Michigan governor who is the second woman to lead the U.S. Department of Energy (DOE), is conducting similar visits to other national labs after being sworn into office Feb. 25. “You're the reason why I and others have often said that the Department of E 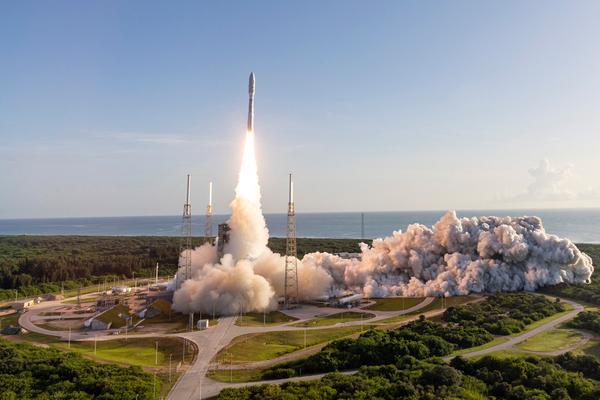 People around the world have marveled at the exploits of the National Aeronautics and Space Administration’s (NASA’s) Mars 2020 Perseverance rover, from launch to landing to supporting helicopter test flights above the Red Planet. Dave Engel and Robin Sullivan of Pacific Northwest National Laboratory (PNNL) may be enjoying the show a little more than most. That’s because Engel, a computational mathematician, and Sullivan, a risk and environmental engineer, helped provide crucial data that allo 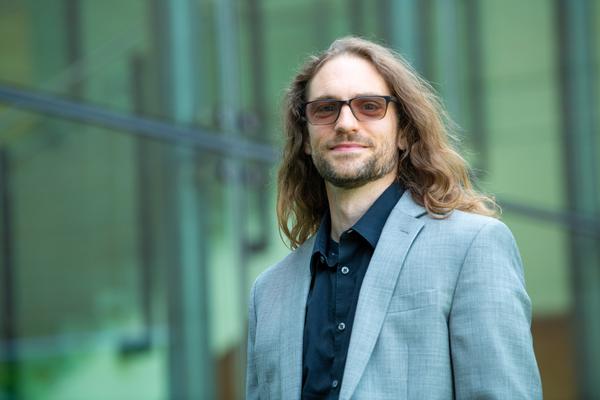 Energy for the Long Run | PNNL

Bochum, Germany, is a world away from Richland, Washington, and a friendship helped bridge that gap for Marcel Baer. A pivotal contact 15 years ago helped lead Baer, then pursuing a chemistry PhD at Ruhr University in Bochum, to Pacific Northwest National Laboratory (PNNL) in Richland. Today, Baer is a computational scientist working in PNNL’s Physical Sciences Division with a prominent effort in materials science and physical bioscience. Before his arrival in 2011, Baer had already worked clo 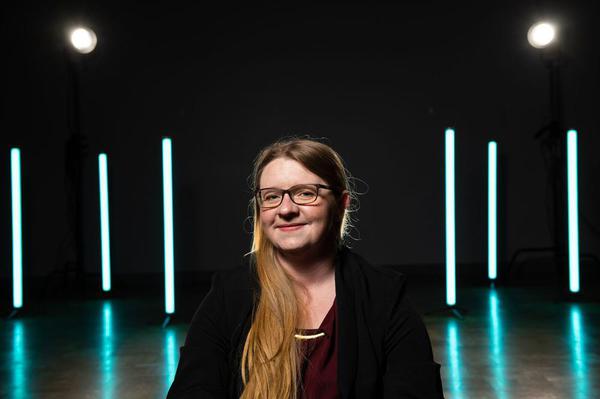 With a high school diploma in hand, Samantha Johnson was ready to celebrate, exchanging high fives with classmates and posing for photos. Then, spotting her guidance counselor, the newly minted graduate walked over for a hug. “You’re not done,” she told Johnson. “You’re just getting started. You aren’t going to stop until you have a PhD.” That, and to a great extent, “What’s a PhD?” But it was that guidance counselor, Mary Sheedy, who’d wisely suggested—insisted, actually—that Johnson take a 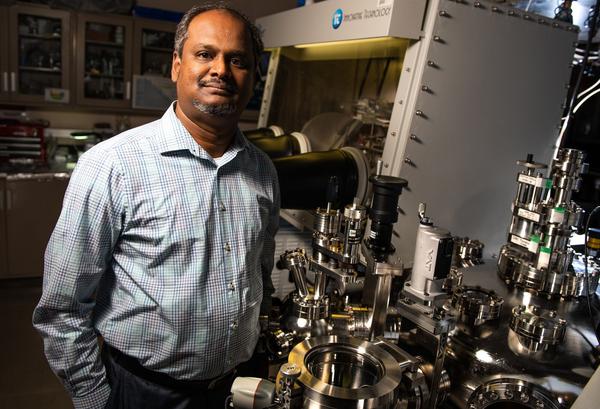 The Right Stuff to Find the Right Materials | PNNL

When he was a 10th grade student at a public school in southern India, Vijayakumar “Vijay” Murugesan submitted a science project that lacked peer review, among other things. The gist of his written proposal: there’s a solution to ridding the community of the local paper mill’s smelly emissions. Just capture them… somehow. And then—and here’s the important part, so pay attention—send them into outer space. Murugesan laughs at the memory, which had two classmate collaborators who remain his frie 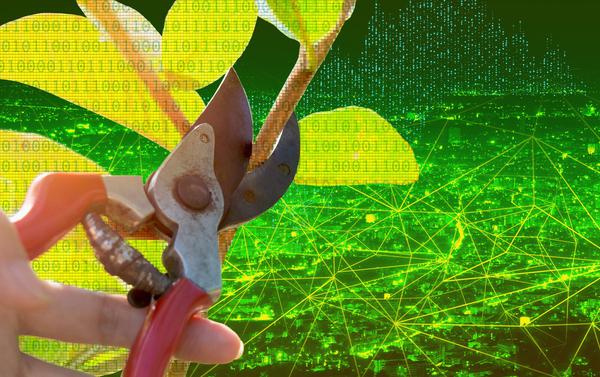 The Impact of Pruning | PNNL

As anyone with a green thumb knows, pruning can promote thriving vegetation. A snip here, a snip there, and growth can be controlled and directed for a more vigorous plant. The same principle can be applied to machine learning algorithms. Removing bits and pieces along coding branches in those algorithms can reduce complexity in decision trees and increase predictive performance. Researchers at the U.S. Department of Energy’s Pacific Northwest National Laboratory (PNNL) have done just that. Ex 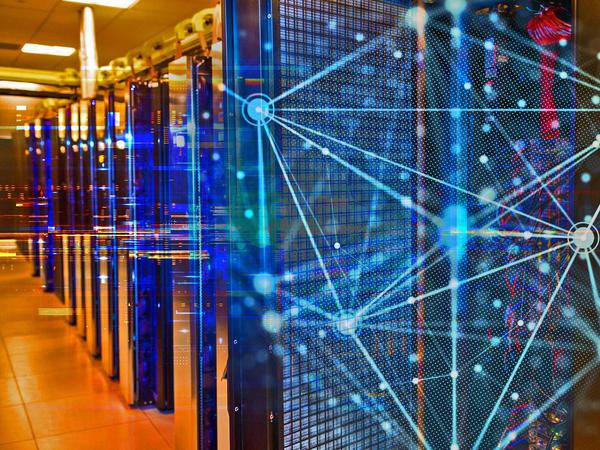 By all appearances, Ang Li and Kevin Barker are computer scientists. But looks can be deceiving. The Pacific Northwest National Laboratory (PNNL) duo are also high-tech sleuths, training powerful computers to perform gumshoe work protecting the nation from cybersecurity threats. Li, Barker, PNNL colleagues, and university collaborators have developed a system to ferret out questionable use of high-performance computing (HPC) systems within the U.S. Department of Energy (DOE). As HPC systems be 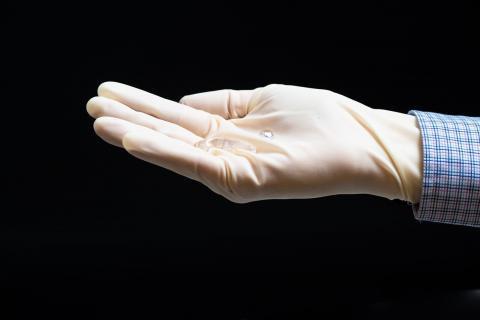 Personal protective equipment (PPE) has been at the center of the fight against COVID-19. Like rarely before, the unforgiving virus has shown medical providers the essential importance of top-line devices. With this crisis as the backdrop, a super-liquid-repellent substance called ElastiDry may soon be entering the marketplace at a providential time. PNNL materials scientist Curtis Larimer and his co-workers spent two years researching, testing, and retesting potential coatings before developi 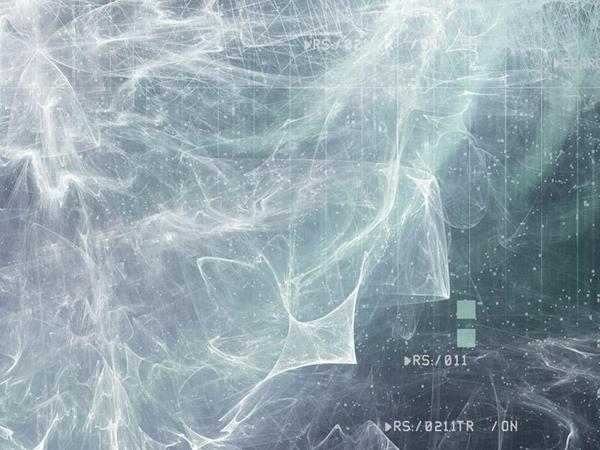 PNNL Contributes to the Global Search for Dark Matter | PNNL

One player suggests a set of coordinates to another, hoping to find the elusive location of an unseen vessel. That is a good place to start in assessing the search for dark matter. PNNL physicist Christian Boutan, in fact, even uses the analogy when explaining his own dark matter research. The big difference, though, is that a plastic toy battleship may be found in a half hour, give or take a few minutes. And the search for dark matter? It has been nearly 90 years since Swiss astronomer and 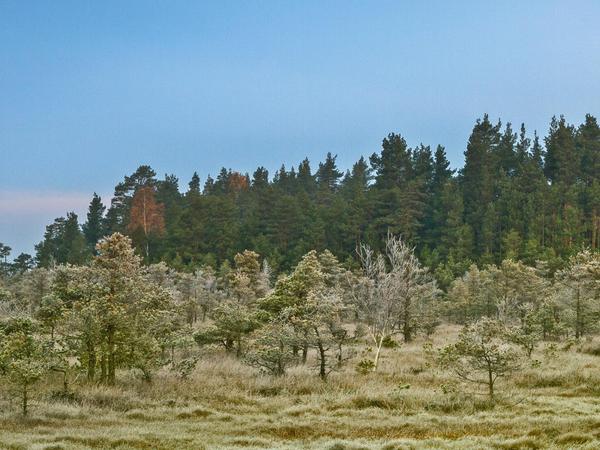 RICHLAND, Wash. – Ongoing environmental changes are transforming forests worldwide, resulting in shorter and younger trees with broad impacts on global ecosystems, scientists say. In a global study published in the May 29 issue of Science magazine, researchers led by the U.S. Department of Energy’s Pacific Northwest National Laboratory found that rising temperatures and carbon dioxide have been altering the world’s forests through increased stress and carbon dioxide fertilization and through in 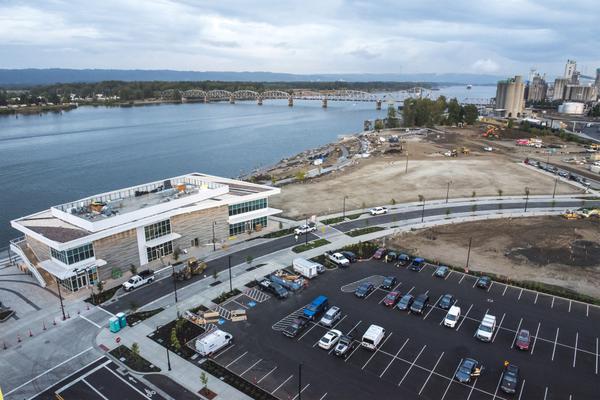 Standing at the prow of the Grant Street Pier suspended above the Columbia River, Barry Cain took on an aura of a conductor facing the orchestra. Cain, the developer of The Waterfront Vancouver, relished the crescendo. There, he says, that new building on the left is home to Twigs Bistro & Martini Bar. Next door, Maryhill Winery. Upstairs, Barlow’s Public House. And there, the other building. That’s home to WildFin American Grill. Yes, the second floor is vacant. More on that later, he says. S
Load More Articles
Close ✕